Browse: Home / Tom's Notes / A Lighthouse in the Dark

A Lighthouse in the Dark 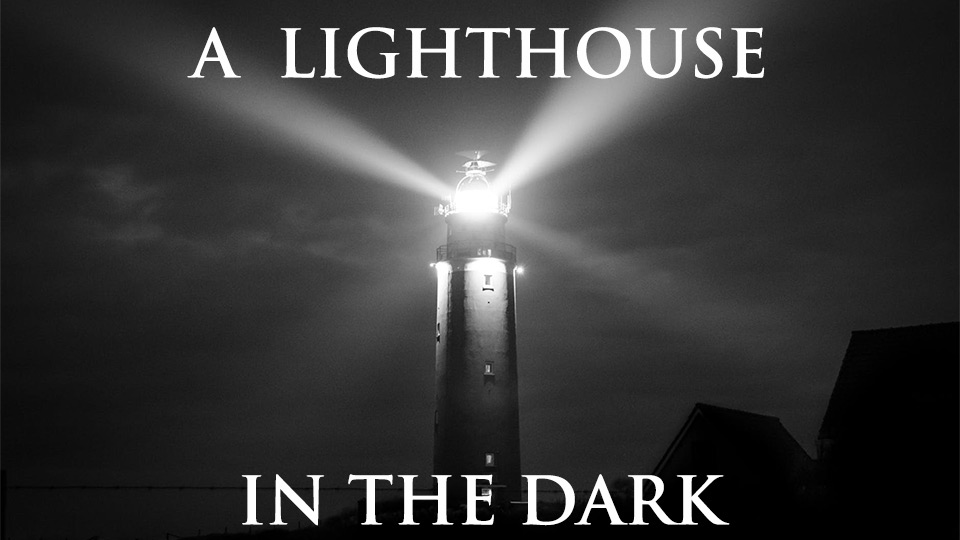 I came to Denton Bible in 1977. We had about 90 people and an array of impossibilities. The only things on our side were a belief in biblical authority, prayer, discipleship, expositional preaching and the sovereignty of God.

I remember praying with Mel for forty days from 4 to 6 AM and on Sunday evenings with the men in one house and the women in another. Praying that God would provide a church building, leadership, an increase in numbers, disciples, and revival.

I say this because this last weekend my son John brought my grandsons Jake and Turner up to the church and I showed them the Student Ministries Center. They were in awe. John was a little bitter because his youth house from the mid-nineties looked like a crack house.

I showed them the Sumrall Center – our first facility. Then the education buildings and The Mill – our second facility, all of which now belong to Calvary Academy providing facilities for a growing Christian school.

Across Nottingham, the present sanctuary – our third church – rises to the cross on the steeple high above all the property where 4000 a Sunday gather; adults and children. Behind it is Shiloh Garden, the nation’s largest community garden. Every demographic has a staff position to minister to it, every social need a ministry to reach it. Eleven churches either planted by or springing from Denton Bible. Those discipled at DBC are ministering throughout the country and all the world.

I stand back after 42 years, filled not with pride at what has been accomplished but with amazement. Amazement at what God has accomplished through faith and prayer and the power of the Holy Spirit. Prayer lifted up by those in desperation with no hope in anything but God. Trusting that where His word is honored, His law is kept, His gospel is preached, and His name invoked that His blessing will be poured out in covenantal faithfulness.

“Here we raise our Ebenezer, hither by Thy help, we’ve come.”

When I look at what God has done I think of the prayers that have (and still are) uttered. When I hear prayer, when I myself pray, I hear what sounds like baby birds peeping in their nests calling for their mother to return and supply their need, which is impossible to be met apart from her. Nothing is more humbling than prayer. But nothing more powerful and nothing more glorifying to God because prayer’s only hope is a kind, faithful Father who is true to His word and omnipotent to answer. Prayer is the flag drawing all attention to God.

I’ve heard and voiced those prayers, trying my best to keep my mind from wandering and trying to bolster my failing heart from unbelief in the face of impossible odds.

But here we are.
Look what God did!
I’ll tell you what He did.

He willed the circumstances that brought together the people with the certain beliefs to build on and certain weaknesses to force them to prayer whereby His grace could be displayed that when His saving purposes were accomplished many thanks would abound to His glory.

I still stand in awe of what God has done and is doing.

And, yet, through it all, the thistles and briars have emerged and erupted to continue reliance on His mercies.

Denton Bible was born out of opposition to theological liberation. Since that day we have had to turn back its influences. As a matter of fact I can count at least twelve disruptive teachings that came and went through Denton Bible. At least six divisive groups rose and departed. At times sin had to be called out as standards were kept. Numerous challenges to the ministerial purpose of discipleship had to be rebuffed. Perhaps the greatest challenge of all was and is the discouragement and disappointment of seeing potentially fruitful Christians lose their zeal, their focus, their discipline and standards and disappear into mediocrity and carnality.

But God is good.

Challenges await. We are on the edge of losing our culture to the encroachments of rationalism/atheism/secularism. Its advancements have been since the mid-1800s but Christianity has kept it from an unchecked commandeering of the country. That is about to change. We are about to become Europe with evangelicals the persecuted minority unless the miraculous occurs.

The ultimate purpose of Denton Bible – to be a lighthouse in earth’s final darkness – along with other evangelical persevering churches, maybe soon to emerge.

Until that time we shall delight to be found worthy of His stripes.

Every once in a while senior pastor Tom Nelson gets a wave of inspiration he'd like to share with the church. Find them all here.