The Gods of the Copybook Headings Commentary

Want to read a fascinating poem?

One of the most remarkable poems I’ve ever read is one by Rudyard Kipling called “The Gods of the Copybook Headings.”  Kipling lived from 1865 to 1936, one of the most (in a bad sense) revolutionary and transitional times of human history, specifically Western history.  Old ideas disappeared with the coming of evolution, Marxism, Fascism, Nazism, socialism, secularism and all the rest of the ideas of modern thought.  An Old World was disappearing.  A “Brave New World” (a term coined by this poem and used by Huxley) was emerging.  Kipling’s poem was remarkable in that it was prophetic.  He saw the proud gesticulations and heard the optimistic rants of modern “enlightened” and God-rejecting men and governments.  He predicted clearly in poetry what was coming.

I’ve commented on his poem in the margin.  See if you see what Kipling saw.  His principles perceived are massive to civilization.  Francis Schaeffer and C. S. Lewis would see the same a generation later.

A “Copybook Heading” is a moral or biblical lesson that was placed on the top of the pages of children’s grammar lessons.  The “copybook” contained lessons for life as well as those for school.  “The Gods of the Copybook Headings” meant the God of absolute right and wrong versus the “Gods of the Marketplace” that change every generation. 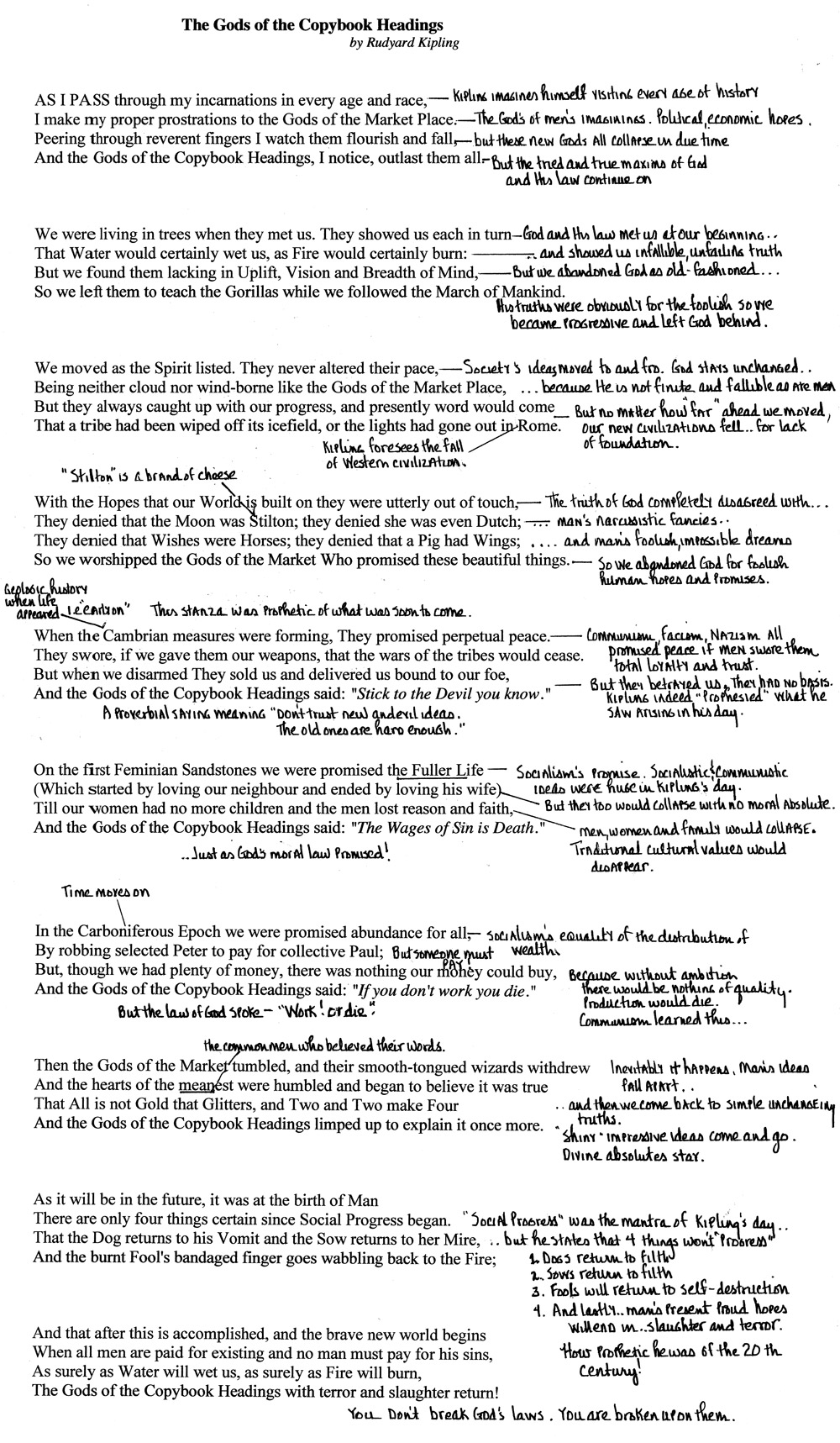 Every once in a while senior pastor Tom Nelson gets a wave of inspiration he'd like to share with the church. Find them all here.